Cadenza® Live Accompanist: The Orchestra that Follows You

Practice and perform classical music with the Cadenza Live app on your Apple devices. Choose to rehearse your Dvořák cello concerto with a full orchestra, play first violin on Schubert’s Death and the Maiden, or run through your Poulenc Flute Sonata with skilled, responsive piano accompaniment.

Play Anywhere as the Star of Your Music Ensemble

Cadenza Live provides full instrumental color, harmony and texture in an infinitely patient virtual ensemble that never tires of rehearsing and helps musicians develop a deeper understanding of both the music and the mechanics of their repertoire. Cadenza Live’s private recording playback and musical analytics encourage reflective and productive practice, creating a laboratory for exploring musical expression and interpretation. Remix and share your best performances across platforms with friends, family, teachers.

Repertoire with the Soul of Musicality: No More "Accompaniment Tracks"

Curated for advanced string and wind players, from high school students to conservatory faculty and career soloists, each Cadenza Live piece is a well-crafted musical experience that evolves over performances. Beyond the "body" of the professionally produced accompaniment, each Cadenza piece has a "soul" of the deep musical understanding powered by sophisticated musical artificial intelligence fine-tuned by professionals.

Introducing Cadenza Live Accompanist - the orchestra that follows you 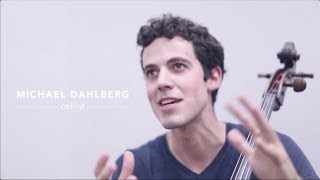 Introducing Cadenza Live Accompanist - the orchestra that follows you 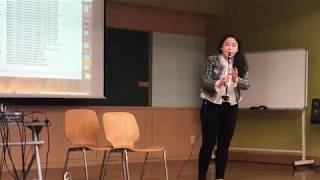 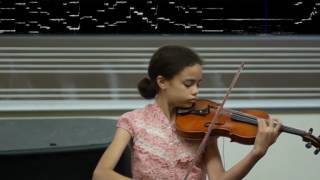 How Cadenza listens to solo and predicts accompaniment live 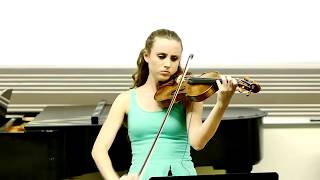 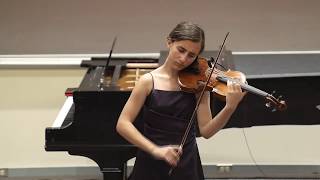 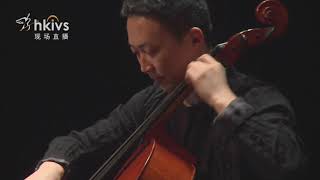 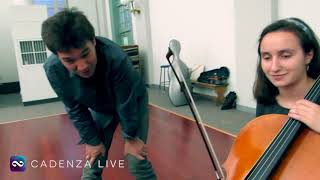 First Attempt of Debussy Première Rhapsodie for Clarinet and Piano with Cadenza - 19.04.2019 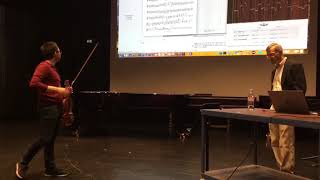 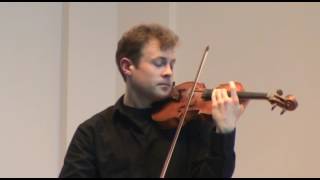 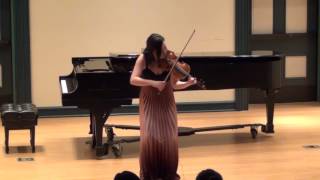 About Us and Our Timeline

The research behind Cadenza started since the 1990s with multiple National Science Foundation (NSF) funded projects conducted by the current MetaMusic team members at University of Massachusetts Amherst and later at Indiana University Bloomington to serve conservatory-level musicians at the Jacobs School of Music. With the generous support of these academic institutions, MetaMusic acquired the core technology for further development to bring the joy of music to the audience at all levels. Here are a few milestones that have played a pivotal role in MetaMusic's history.

Cadenza App Performed Live for All Pieces Requiring An Orchestra at the Final Concert of the 2nd International String Masterclass in Zhuhai, China.

Cadenza is featured by MacAppStore as “Apps and Games We Love Right Now”.

Cadenza for iPad app 1.0.3 released in French, Greek and Italian.

MetaMusic Inc. Jointly with Indiana University and Central Conservatory of Music, Premiered “An Evening of Classical Music and AI” Live Concert, Featured 12 Professional Soloists and Orchestral and Piano Accompaniment by the Info Phil in Beijing to Rave Review and National TV and News Coverage in China

We've partnered with some of the most prolific and innovative conservatories around the globe, bringing musical education and AI together to assist young musicians in their journey to virtuosity.

The IU Jacobs School of Music (JSoM) is one of the most comprehensive and acclaimed institutions for the study of music in the United States. Cadenza is originally known as 'Informatics Philharmonic', coined by Mimi Zweig, professor at the Jacobs School of Music and director of the Summer String Academy. Cadenza has been adopted by many faculty and students in the Jacobs School of Music for teaching, practice and performance. The app has been embraced by the IU String Academy through a regular concert each year in the summer program for the last decade, featuring a full program of students who rehearse and perform with the computer-generated orchestra. JSoM students including Yoo-jin Kim, Marcus Scholtes and Samantha Johnson-Helms have incorporated the app into their recitals, adding an orchestral dimension rarely heard at such events. The app has been employed in numerous master classes, public demonstrations, and teaching scenarios with a variety of faculty including Mimi Zweig, Otis Murphy, Mark Kaplan, Howard Klug, Brenda Brenner, Arnaldo Cohen, and Jeff Nelson. Finally, the technology has been used in new music productions of the works of Jan Beran in otherwise unplayable compositions.

The Cincinnati College-Conservatory of Music has widely employed Cadenza, especially through the teaching of Kurt Sassmannshaus in both private instruction and master classes with students ranging from graduate to pre-college level. Through Prof. Sassmannshaus, Cadenza has been integrated into the Great Wall Music Academy in China, where it has been used extensively in their violin competition.

The Department of Music provides educational and performance opportunities for student and community participants through a variety of musical experiences and academic courses. The department also serves as a cultural resource for the university and the greater community through performances and presentations offered by our students, our student/community groups and by our faculty. The Department of Music provides a responsive and innovative music education to all NC State students as an essential expression of the human experience.

The Middle School affiliated to the Central Conservatory of Music is the key secondary specialized school on national level that is directly under the leading of Ministry of Education, PRC (formerly under the Ministry of Culture, PRC). The School includes six-year middle school program and three-year elementary school program. The majors include keyboard instruments performance, orchestral instruments performance, Chinese traditional instruments performance, vocal performance, basis of composition and musicology. The MetaMusic team visited the CCoM Middle School in May and Nov 2018 to present the Informatic Philharmonic system to its superintended, faculty and students - the performance level by CCoM Middle School students is comparable to the Interlochen in the US. MetaMusic team was very impressed by the young talent and the dedicated music teaching/administrative team at CCoM Middle, and had been providing support for rehearsals and performance with live orchestral and piano accompaniment, software tools for checking intonation, individual music content creation for CCoM afflicated middle/primary school students since then.

Established in 1932 as the Guangzhou Conservatory of Music by the legendary violinist and composer Ma Sicong 馬思聰 (1912-1987), who was later appointed the president of the newly established Central Conservatory of Music in Beijing by the government of the People's Republic of China in December 1949. Both the Xinghai Conservatory of Music and the Xinghai Concert Hall are named after the noted composer Sinn Sing Hoi or Xian Xinghai 冼星海(1905-1945). Info Phil team visited the Department of Orchestral Instruments, Xinghai Conservatory of Music in late 2017 and presented an open rehearsal attented by the faculty, administrator and students from the department. The system received overwhelmingly postive feedbacks by faculty and students and a Music AI and Info Phil Joint Lab was officially launched in May 2018 at the department for daily teaching, practice and live rehearsals.

Founded in Autumn 1939 as the Sichuan Provincial Experimental School of Theatre and Music, Sichuan Conservatory of Music(SCCM) has changed into its present name in June 1959. Currently, SCCM has become one of the largeest higher education institutions in China with over 400 professors and associate professors and a student body of over 14,000 in 126 majors in 31 departments including music, fine arts, dancing, mass media, theatre, movie ﹠ TV etc. SCCM has two campuses - one located beside the Jin Jiang River of 20 acres, and the other in Xindu district of 167 acres.

He, Lvting: Lullaby for Violin and Piano
Difficulty: intermediate

Tian, Ge: A Night on Glassland for Violin and Piano
Difficulty: advanced

Zhao Wei arr. Li Xiaoping: Sowing in Spring (in the Style of Yuju Opera), for Violin and Piano
Difficulty: advanced

I. Dunaevsky: "[CCM 3-4-3] Youth from ""Volga-Volga"", for Easy Violin and Piano"
Difficulty: intermediate

Friedrich Dotzauer: [CCoM 5-5-1] Excerpt for Violin and Orchestra from Brandenburg No. 5
Difficulty: intermediate

Friedrich Dotzauer: [CCoM 5-5-2] Excerpt for Violin and Orchestra from Brandenburg No. 3
Difficulty: intermediate

J-B. Accolay: Violin Concerto No.1 in A minor
Difficulty: intermediate

César Franck: Sonata in A Major for Piano and Violin, Mvmt 1
Difficulty: advanced

César Franck: Sonata in A Major for Piano and Violin, Mvmt 2
Difficulty: advanced

César Franck: Sonata in A Major for Piano and Violin, Mvmt 3
Difficulty: advanced

César Franck: Sonata in A Major for Piano and Violin, Mvmt 4
Difficulty: advanced

A. Komarovsky: Violin Concerto No.2 in A Major, Mvmt 1
Difficulty: advanced

F. Kreisler: Praeludium and Allegro in the style of Pugnani, for Violin and Piano
Difficulty: advanced

F. Kreisler: Menuett in the Style of Porpora, for Violin and Piano
Difficulty: advanced

Ma Sicong: Dance beyond the Fronter, for Violin and Piano
Difficulty: advanced

Ma Sicong: Rondo No.1, for Violin and Piano
Difficulty: advanced

W. A. Mozart: Minuet in D Major for Violin and Orchstra, Divertimento No.17, K.334
Difficulty: intermediate

W. A. Mozart: Minuet in D Major for Violin and Piano, Divertimento No.17, K.334
Difficulty: intermediate

François Schubert (Dresden): L'Abeille (the Bee), No.9 from Bagatelles, Op.13, for Violin and Piano
Difficulty: intermediate

G. Viotti: Violin Concerto No.22 in A Minor, Mvmt 1 (for Violin and Piano)
Difficulty: advanced

G. Viotti: Violin Concerto No.22 in A Minor, Mvmt 2 (for Violin and Piano)
Difficulty: advanced

A. Glazunov: Elegie, Op.44, for Viola and Piano
Difficulty: advanced

C. Saint-Saëns: Cello Concerto No. 1 in A minor, Op. 33 (for Cello and Piano)
Difficulty: advanced

A. Vivaldi: Cello Sonata No.1 in B flat major, RV 47, Mvmt 1
Difficulty: advanced

A. Vivaldi: Cello Sonata No.1 in B flat major, RV 47, Mvmt 2
Difficulty: advanced

A. Vivaldi: Cello Sonata No.1 in B flat major, RV 47, Mvmt 3
Difficulty: advanced

A. Vivaldi: Cello Sonata No.1 in B flat major, RV 47, Mvmt 4
Difficulty: advanced

C. Griffes: Poem for Flute and Piano, A.93
Difficulty: advanced

A. L. Webber: The Music of the Night (from Phantom of the Opera), arr. for Oboe and Strings
Difficulty: intermediate

L. Bassi: "Fantasia on Themes ""I Puritani"" for Clarinet and Piano"
Difficulty: advanced

R. Schumann: Romanze, Op.94, for A Clarinet and Piano, No. 1
Difficulty: advanced

R. Schumann: Romanze, Op.94, for A Clarinet and Piano, No. 2
Difficulty: advanced

R. Schumann: Romanze, Op.94, for A Clarinet and Piano, No. 3
Difficulty: advanced